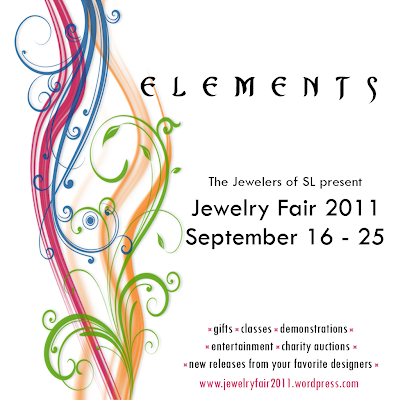 It's the annual Jewellery Fair, the biggest event on the virtual jewellery calendar, and something that I've taken part in for the last three years. This year, the theme is "Elementals", and I snuck in yesterday to have a peep at the sims.
As customary, there are four themed builds over four sims (Water, Air,Earth and Fire). Each are looking spectacular. Something that's a departure from the norm is that you will not need to stagger drunkishly across sim borders to walk from area to area. Instead, you will arrive at a central port, and need to merely touch each portal to teleport gently to each landing place. Fingers crossed. This is because the builds are at different heights, and this does wonders for not only creating the (very) unique atmospheres in each, but also assists with lag issues.

As has been the custom since I've known, the elected charity is Oxfam. The jewellers voted several years ago on this, the choice was easy to make, and nobody has seen a need to change it. We respect Oxfam utterly, and I believe that we also recognise that our efforts need to be on a world scale. Nothing makes me happier.

Plus their shops are full of really cool stuff, and they make me drool.

The Eclectica display is on Water sim, chosen as I see the clarity of water as reflecting the brilliance of gems. It feels like it suits me best, and I like to go with the flow (bad pun intended).

A new jewellery design, "Opulence" will be available exclusively at the Fair. 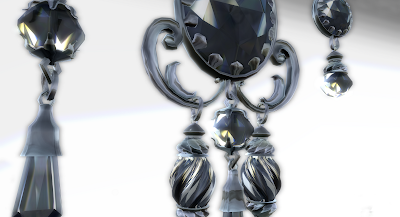 It has four versions, but I've had fun with colouring and tucked an extra version in each box, as I really couldn't make up my mind. This might inspire you to do your own tinting (just remember to zoom in and "edit linked" and only ever do this to a copy in case something unintended happens, hee hee) 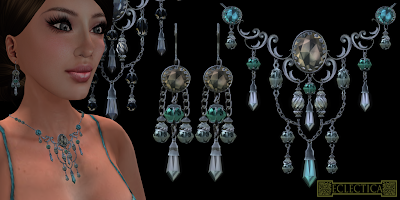 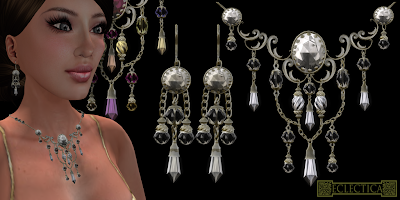 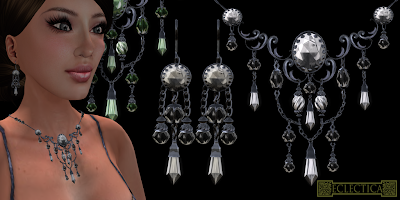 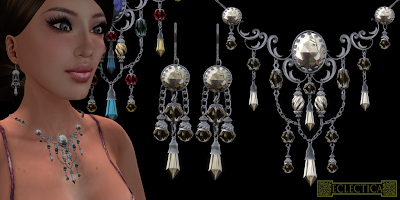 
When designing these, I went for a very swirly Victorian feel, but a bit of Bollywood may have crept in somewhere. They are lovely as they are, but you certainly could vamp up the hues a bit, and for that reason the texturing has been kept simple and contrasty.

Each set has a basic necklace and earrings, plus a recoloured version of each. All are copiable and modifiable, but not transferable. They contain no scripts. A demo pack will be available at the Eclectica display at the Fair (by the door as you come in). 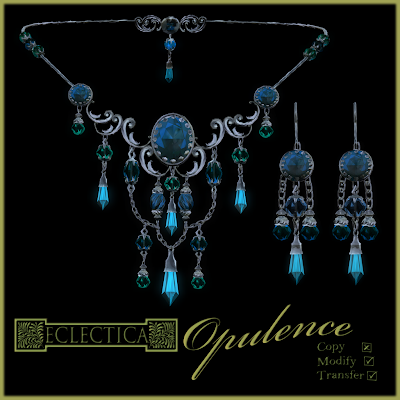 The Opulence set above has been made for the Charity Auction. If you want a unique set, based on Lovely Bluey-ey Wateriness, come have a bid for it, and help raise some money for Oxfam.

Check out the Official Blog for more information.
Posted by Tiffy Vella at 12:52 PM