This is one of those visions that was never going to let me go until I'd purged it from my brain by doing something about it. I suspect the fox I'd caught in the act of dragging off my darling chickens has somehow contributed to this. I swore I'd make him pay somehow, and since I'm not particularly bloodthirsty in rl, this is my way.

So I'm going to hell in one fell swoop with this photoshoot. For the combined faux-pas of fur-wearing and smoking. 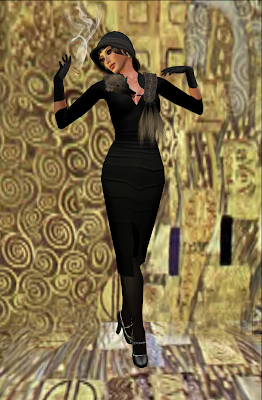 At least I'll look good while doing it. *Cough..hack* 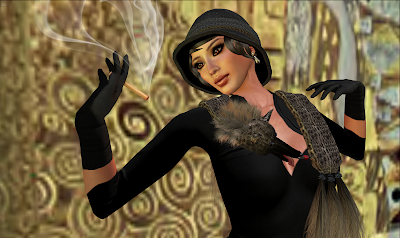 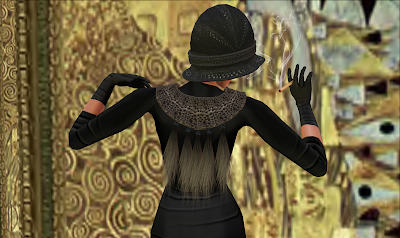 My little friend is based very loosely on a vintage stole I've had tucked away in a safe drawer. It fastens traditionally, by holding a decorative chain in it's mouth, except my version has rather more teeth. 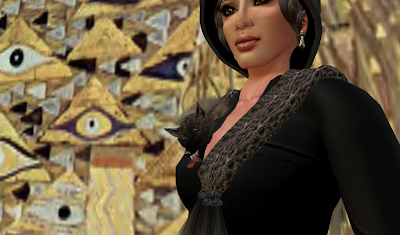 There are four moddable sets with two versions per pack (one has the extra tails at the back and tongue, and one is plainer). You can find them (and demos) at the Eclectica Mainstore here. 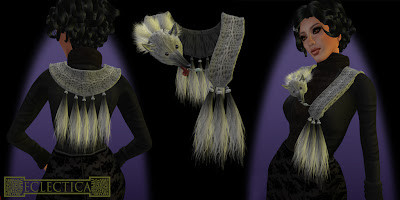 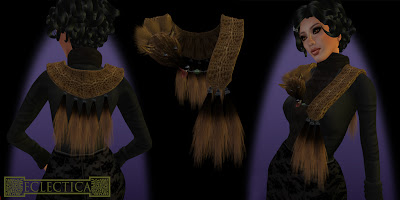 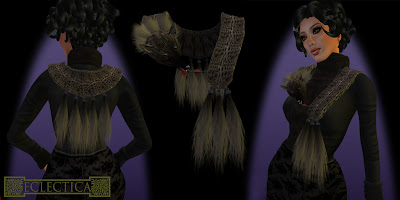 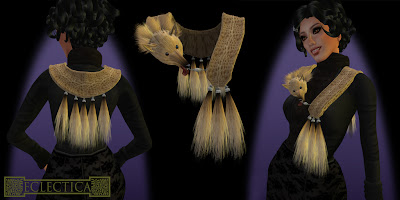